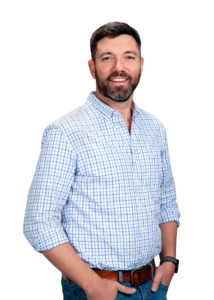 Alex Demestihas will be chairing CFL Class of 2023. He talks with ULI Atlanta about a happenstance encounter through his love of soccer led him to find his passion in real estate and how he got involved in ULI.

Over 10 years ago, before having his own children, Alex Demestihas coached youth soccer. A former player, and as someone who likes to stay busy, it was a great hobby.

Midseason, he sent out an email to the parent list. He got back an out-of-office reply from Matt Bronfman, the CEO of Jamestown. He could not believe he had unwittingly been coaching the child of the CEO of a company where he dreamed of working. He admired the “interesting and creative” projects Jamestown was working on. Demestihas believed real estate projects should fundamentally be about how people relate to those projects. Jamestown, as much as any company he knew, embodied that.

Demestihas sent Bronfman a thoughtful email and told him he would love to talk about careers in commercial real estate. Bronfman was very receptive to hiring him, Demestihas said, just based on his approach to coaching. “It was a lesson in ‘you never know who is watching.’”

His move to Jamestown would prove to be a pivotal career moment, but his interest in commercial real estate goes back further. He remembers a critical moment when touring Atlantic Station, which was under construction, while he was a student at Georgia Tech. He was attracted to the tangible nature of it, watching a drawing become a reality. “I thought, ‘I want to be a part of this,’” he said.  Though he had started as an architecture student, he ultimately majored in building construction technology. He worked at Hodges & Hicks General Contractors, at CBRE and had his own residential construction business (which he got out of at just the right time in 2008). “I got really lucky,” he said.

He made the move to Jamestown in 2012. He worked on projects there including Chattanooga’s Warehouse Row, an old timber building that was transformed into upscale retail, and a ground-up project in Charleston, called Mixson.

“It is important to think about people and how they will experience a real estate development, and Jamestown has a very unique and very authentic take on that,” he said. “Everything they do is about the experience.”

From there, he moved to JLL where he is now Managing Director of Project and Development Services, known as PDS. He explains his role as being “an extension of our clients.” That might mean everything from strategizing on real estate moves to working with design firms, contractors and/or development partners.

He particularly enjoys and has spent his time at JLL on large headquarters projects. It is a once-in-a-lifetime moment for a company and a client of Alex’s, and he is honored to help companies make the most of that moment. Recent headquarters projects include NCR and Norfolk Southern.

Both companies have brought a lot of experiences that are typical for West Coast tech employees to a workforce in Atlanta, he said. At Norfolk Southern, for instance, there are seven different food station areas and a rooftop terrace, as well as a thoughtful approach to art.

“It is not just design and construction, it is the experience of everyone who will interact with the space,” Demestihas said, echoing again the philosophy that has guided his real estate career.

A passion project for Demestihas is a non-profit that he is working on with Rainey Shane, a colleague at JLL. It is called SEAM Certification and is billed as “the world’s first commercial real estate certification in social equity.” SEAM Certification is “a roadmap for developing socially sustainable real estate projects that measurably increase social justice for individuals, communities, and the world.” 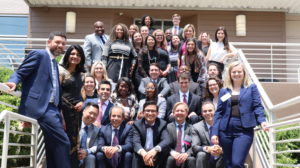 Along the way, Demestihas discovered ULI, and it became a big part of his career and civic life. He started in the 2015 Center for Leadership (CFL) class and has stayed involved with CFL as a volunteer and mentor, serving last year as co-chair for the class of 2022. He is now the incoming chair, and his role is to work with the “day chairs” to pull together a program that is cohesive across the 9 programmatic days which advance thought leadership on all aspects of real estate development and land use. He calls it “humbling,” and credits learning a lot from HKS’s Sheba Ross, who most recently chaired it. Read Sheba’s recent member spotlight here.

He believes in the mission of ULI and what it embodies. After his experience with CFL, “all of my time and attention outside of my job related to my career shifted. ULI has filled that part of my life.”

And when he is not working, creating new certifications or volunteering at ULI? He likes to be on the road, traveling with his wife and three children, who are ages nine, six, and one.  The family has most recently been to Denmark and Norway. During the pandemic, they took a cross-country trip in a motor home to Oregon and back, visiting 16 national parks along the way.

He also loves live music, particularly the jam band scene. “Any live show that is about the experience and you can tell the band is having a lot of fun, that is my happy place,” he said.

This article originally appeared in the August 29, 2022 version of the Saporta Report.

We spoke with Quinn about his passion for real estate and how to get the most through ULI.