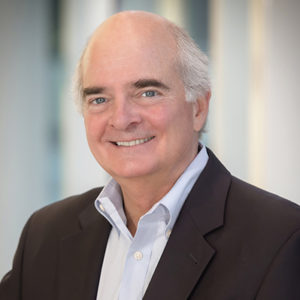 ULI Atlanta is pleased to announce that Chip Davidson will be honored with the Frank Carter Community Achievement Award at the 25th Annual Awards for Excellence dinner on September 12th at the Coca-Cola Roxy Theatre. The Frank Carter Community Achievement Award is given to an individual in the field of real estate development or related area such as finance, planning, or design who has made an outstanding contribution in his or her lifetime to the metropolitan Atlanta region.  The very first Frank Carter Award was given to Tom Cousins in 1995 and over the years has been awarded to AJ Land, John Portman, Lawrence & Mary Gellerstedt, and most recently Jerry Cooper and Egbert Perry. Chip joins a distinguished group of leaders who have made outstanding contributions to our community and to the real estate industry.

Chip is currently Chairman, Chief Executive Officer and Co-Founder of The Brookdale Group, LLC.  Prior to launching The Brookdale Group, Chip spent 16 years at Hines, where he was the Executive Vice President and Regional Partner responsible for oversight of all investment, development, property management, leasing and asset management activities in Hines’ Southeast Region. Chip’s vision for “what could be” ultimately resulted in the award-winning Ravinia development in the Central Perimeter submarket in the mid-1980’s, and in the iconic 191 Peachtree building in the heart of downtown Atlanta in the late 1980’s—a time when many Atlanta-based companies and professional service firms were moving out of downtown. Chip established a new level of attention to design and detail for the built environment, as Hines engaged internationally-known architects and delivered a new level of design excellence and attention to the built environment.

After a successful career at Hines, in 1994 Chip partnered with his long-time Hines colleague Fred Henritze to create and launch The Brookdale Group, an Atlanta-based commercial real estate investment company that today serves as a trusted partner and investment manager for many of the nation’s most prestigious educational endowments and foundations.  To date, The Brookdale Group’s seven investment funds have made investments throughout the Sunbelt region of the U.S. totaling more than $2.1 billion, including investments in the development or acquisition of 93 Sunbelt-market office buildings with more than 14 million rentable square feet of office space, in approximately 100 acres of commercial land, and in approximately 24,000 acres of non-commercial land.  Notably, The Brookdale Group has been an active investor and investment manager through both strong and weak real estate and capital market cycles, consistently demonstrating sound judgment and discipline regarding when to invest, when to sell and, importantly, when to stay on the sidelines.

Chip has continued to raise the bar for excellence in real estate development, both in terms of assets developed as well as leadership and support provided to others in the industry. He is known for his wise counsel to countless partners and as a mentor to many. Under his leadership, an entire generation of real estate developers has grown up in the city, collectively making significant contributions to our skyline and on the ground in our communities.